Plaisance Law is regularly hired to just handle an appeal or a writ application. One such case was that of Stevenson, et al v. Progressive, et al. The trial attorney had attempted to fax file a petition for damages on the last day of prescription. The transmission, and several subsequent attempts, failed. Little did the trial counsel know that the Terrebonne Parish Clerk of Court had a practice of shutting off its fax machine “around” the close of business each day. Effectively, the trial counsel was prevented from exercising a legislatively permitted method of filing a petition. The trial counsel filed the petition the next day, technically one day late.

Plaisance Law’s writ application was granted, and the court ordered briefing on the merits. In January 2020, Marcus J. Plaisance had the privilege of arguing the case before the Louisiana Supreme Court.

In arguing the lower courts had erred, we presented the Louisiana Supreme Court with the following question: Are Clerks of Court empowered to shorten prescriptive periods by shutting off their fax machines at close of business?

We argued they are not, and the Supreme Court agreed, finding that “[w]e cannot allow a unilateral policy or rule set by an individual clerk of court to affect prescription. The same prescriptive period must be available in every judicial district of the state.”

In December 2018, the Louisiana First Circuit issued an opinion addressing the finality of judgments…

In April 2020, the Supreme Court of the United States found that the Sixth Amendment…

In March 2019 Plaisance Law filed a writ of certiorari to the U.S. Supreme Court…

Thanks to an order of the Louisiana Supreme Court issued on April 28, 2020, Louisiana…

The Louisiana Supreme Court recently updated their website to a more user-friendly format. This is… 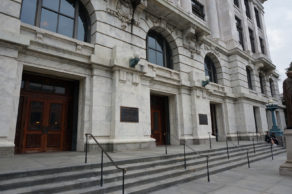